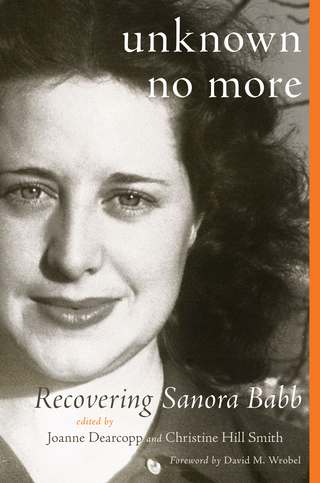 Click on the links below to preview and purchase the book

"This collection of essays explores Babb's eloquent writing in [Whose Names Are Unknown] and in all her other work and helps set the record straight on an important American author." —Ken Burns and Dayton Duncan, producers of The Dust Bowl

"Unknown No More is the first collected volume focused entirely on this important author and covering all of her work—her wide-ranging poetry, short fiction, novels, memoir, journalism, field notes, reviews, and letters. The authors whose essays are gathered here advance Babb scholarship and revive her literary and political reputation while also promoting a broader understanding of the history of left-wing protest, the roots of ecofeminism, and the sweep of Great Plains environmental history. These powerfully written, path-breaking contributions argue convincingly that Sanora Babb was an immensely gifted, deeply committed writer and activist whose time has come and whose courageous life and vivid art can inspire a wide range of present-day general readers, scholars, and activists." —Michael C. Steiner, editor of Regionalists on the Left

"With an engaging style, scholars, researchers, academics, and a friend of thirty years offer new perspectives on [Babb's] fiction, poetry, nonfiction, and her unusual early life in the Dust Bowl area, then in Los Angeles among the literati, filmmakers, and progressives of the 1930s and '40s. . . .a valuable contribution to the ongoing campaign . . . to include her in the American literary canon, where she belongs." —William Kennedy, Pulitzer Prize winner and author of Ironweed

"These timely and engaging essays about the immensely talented author Sanora Babb finally restore the writer to her due place in American literary history. Offering insights about a politically engaged figure who was of her era yet also ahead of her time, the contributors make a convincing case for positioning Babb at the center of our conversations about ecology, labor, race, gender, and regional belonging." —Susan Kollin, editor of A History of Western American Literature

". . . the book that devoted readers of Sanora Babb have been waiting for and new readers will greet as an invitation to join her fan club. Whether addressing Babb the poet and storyteller of the West, the labor activist, the environmentalist, or the champion of feminism and equality, the essays together record the full range of Babb's pivotal contributions to twentieth-century American life and letters." —Lawrence Rodgers, Dean, College of Liberal Arts and English professor, Oregon State University. (University of Oklahoma Press 2021)

The Nature of California: Race, Citizenship, and Farming since the Dust Bowl

Sarah Wald offers a new way of thinking through questions of national belonging by probing the relationships among race, labor, and land ownership. She delivers "brilliant new insights" from her reading of literary, archival, and popular-culture objects which makes for a unique and provocative book. Of particular interest is the chapter she devotes to an in-depth analysis of Sanora Babb's Whose Names Are Unknown and Steinbeck's Grapes of Wrath. (University of Washington Press 2016)

Ain't Got No Home: America's Great Migrations and the Making of an Interracial Left

Erin Royston Battat devotes an entire chapter to Sanora Babb and her novel Whose Names Are Unknown: Chapter 2 "An Oakie is Me." She writes: Babb's subject matter was close to her heart; she wrote about rural people in her native region of the high plains. "These were the people I knew all my life, [Babb] wrote . . . I knew them and lived with them through the hard pioneering days of breaking new land, of more prosperous days, of the early depression years." Within the chapter Battat addresses populism, regionalism, and gender in Babb's novel and her vision of interracial unionism. (University of North Carolina Press 2014)

Regionalists on the Left: Radical Voices from the American West

A group of distinguished scholars explore the lives and works of sixteen progressive western intellectuals, authors, and artists, ranging from nationally prominent figures such as John Steinbeck and Carey McWilliams to lesser-known writers such as Carlos Bulosan. Chapter Five is "Radical by Nature: Sanora Babb and Ecological Disaster on the High Plains, 1900-1940."  (University of Oklahoma Press 2013)

This scholarly biography of Jack Conroy also gives a detailed history of an important group of Midwestern radical writers of the 1920s and 1930s. It provides the context for Sanora Babb's early writing career. She was interviewed for the book and is referenced in several chapters. (University of Illinois Press 1994)

New York Review of Books, "The Vindication of Sanora Babb"

Smithsonian article: The Forgotten Dust Bowl Novel that Rivaled "The Grapes of Wrath" 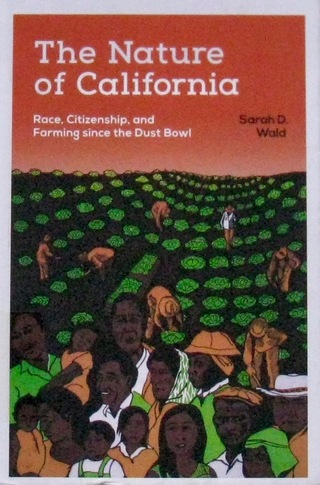 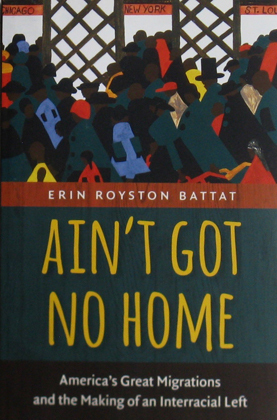 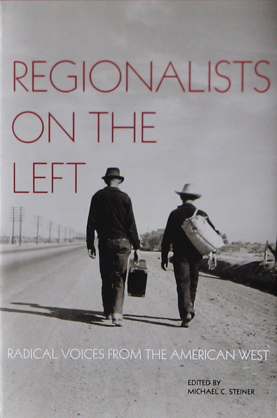 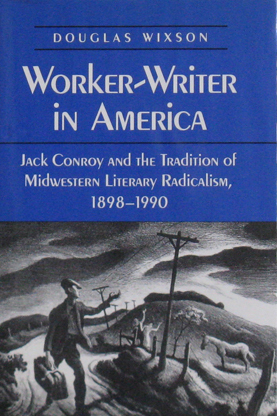